I love knitting small seasonal and decorative pieces - especially for Easter and Christmas. This time I wanted to knit little easter bunnies to add a touch of cuteness to the Easter egg nests. I used a construction in the round and in stockinette stitch - knitted from the bottom up.
The finished bunnies are about 15 cm high - they are great to use up yarn leftovers.
Please note, this is fiddly work - esprecially the cast on, the first few rounds, and the finishing. But I really like the result. 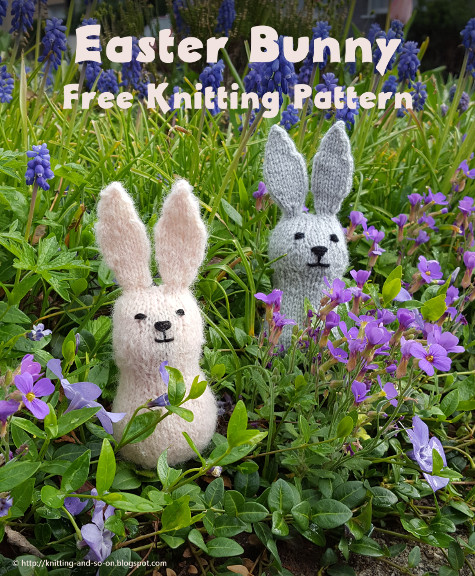 This work by Knitting and so on is licensed under a Creative Commons Attribution-NonCommercial-NoDerivatives 4.0 International License. 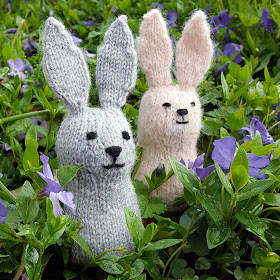 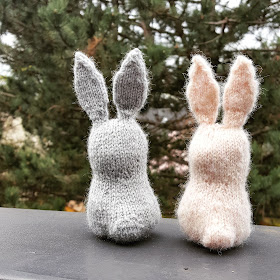 Finishing
There are 2x2 unknitted stitches left on your stitch holders. Put these on your needles (see illustration 3).
If you haven't stuffed your bunny yet, now is the last chance to do it.
Connect the 2 rows of 2 stitches using the kitchener stitch.
Weave in ends. 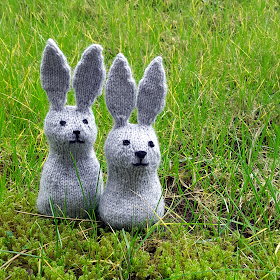 Variations
If you want a bunny that is a bit bigger (like the one on the left on the picture above), you can knit a few more "k all" rounds between round 15-17 of the body.