Ever since I went to a Discworld convention a long time ago and saw so many people dressed as wizzards and witches, I wanted a pointy hat. At the time, I couldn't get one and later I didn't have many occasions where a pointy hat would have been useful :-)
But lately I thought about it again and decided that I would knit such a hat for myself - to wear on Halloween and also during carnival.
This pointy hat is really easy to knit and adjustable to your head circumference. The hat knitted top-down and in the round - starting with a cone in plain stockinette and ending with a brim in stockinette with some purl rows (but not quite garter stitch). 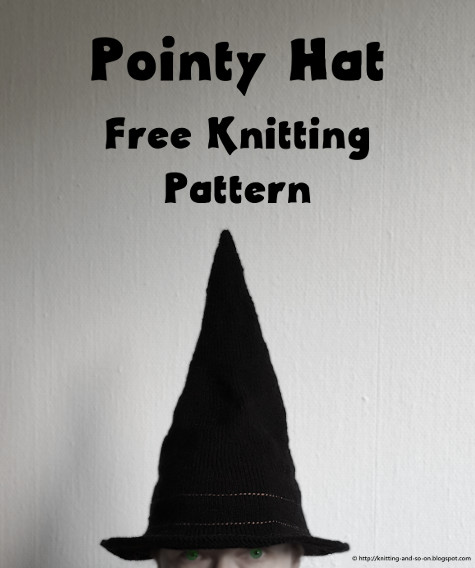 
Materials
The pattern is written in a way that you can adapt it to any yarn weight. It is important - however - to use needles that are smaller than the yarn usually requires in order to get a very tight fabric. This is necessary to get a hat that supports itself. 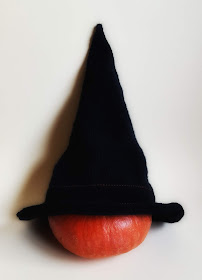 CO 6 stitches and join in round. Place a stitch marker to mark the beginning/end of a round.
From now on until the hat fits around your head, you need to increase by one stitch per round at a random point in the round. I used kfb's to increase, but you can use any increase you like.

To get a better distribution of the increases, I did divided the number of stitches into 4 parts (with stitch markers) and would increase in the 1st part in one round, in the 2nd part in next, then in the 3rd, then the 4th and then start again with increasing once in part 1.

Repeat until the hat has a circumference that fits around your head.
Knit about 10 rows without increases and then continue with brim.

Cut yarn and weave in ends.

Since the texture is very stiff, the hat stays in shape without any help.
The "hat band" that you see in the photos is actually made up from two lifelines I put in when I was still deciding how to knit the brim (and expecting that I'd have to frog it at least once :). In the end, I quite liked the look so I kept them in. 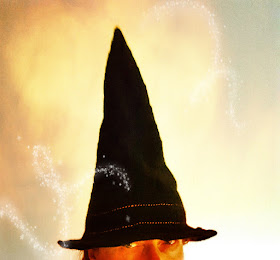